Boost Your Game’s Popularity with Localization

Boost Your Game’s Popularity with Localization 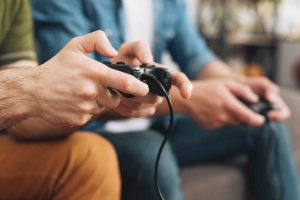 English has established itself as the lingua franca of our world and time. If you want to do business globally, participate in conferences and conventions at an international level, or even publish an academic paper in peer-reviewed journals, people expect you to know English, if not even master it.

This is neither inherently good nor bad; it is simply how things are nowadays. What can be regarded negatively though are the wrong assumptions that are commonly based on this fact.

Although English might be mandatory for growing businesses or improving careers, that doesn’t necessarily make it a prerequisite to entertainment. Fun is universal and no language barrier should ever intercept it.

Many entertainment industries such as film and music figured this out a long time ago. We can see that in the fact that the vast majority of movies are supported today with multilingual subtitles and dubbing files regardless of the production’s release date or language of origin.

The video game industry, however, is still somewhat lagging behind on localization and the inclusivity it brings with it. But with the booming eSports industry on the rise, video game companies are realizing the great potential behind not only offering their games and products in multiple languages, but also localizing them. 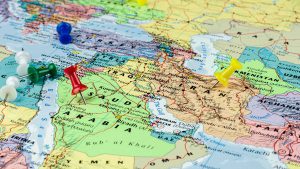 Game localization goes far beyond translating a game from one language to another. It means recreating a game in a different language, altering cultural, political, geographical, and even ideological aspects in order to provide a complete and authentic gaming experience for a new group of players who would not have found it relatable otherwise.

For some cultures, you might have to replace the symbols, icons, colors, images, and even the entire layout of the game. Localization should not be mistaken for rebranding no matter how much change it involves. Some elements, like the core setting and storyline of the game remains untampered with. If you have a 4X strategy game that takes place in medieval Europe, it is not going to become a MOBA in some fantastical world. 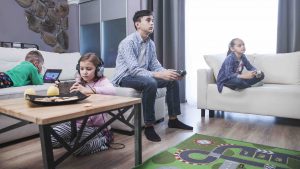 Localization in the Gaming Industry

Despite the film industry’s obvious advancement in localization over the gaming industry, it is worth noting that localizing the gaming experience is nowhere as simple as subtitling or dubbing movies.

Unlike subtitling a movie which solely involves transcribing and translating the movie’s audio, a video game mandates translating dialogues, menus, actions, NPC (non-player character) random chatter, and many other elements that, weaved together, make up the gaming experience.

Game translation and localization also extends to keeping an eye on the historical period (past, present day, futuristic) and the geographical location (jungles, deserts, space, fictional magical worlds) that the game is set in and making sure these settings are reflected in the language used.

Video games are all about immersion and the style, tone, and formality of the language are crucial parts to creating the game’s captivating atmosphere, giving its players the chance to live a different life in a world of their choosing.

Logging into an online game is a chance to escape into a virtual world where gamers can take their minds off everyday problems, routines, or responsibilities. In order to attract, and retain, more players, you need to show them that your game can provide a world they can find themselves in.

Invest all you want in a game’s storyline, design, and development, but if gamers don’t understand or relate to your game, it won’t feel like sanctuary to them.

Localization can help you introduce your games to players from different cultures so they can enjoy playing it as if it were tailor-made for them. 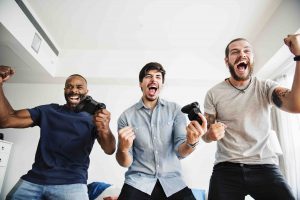 Reasons to Invest in Game Localization

Considering the extent to which the eSports industry has grown, it is no longer a focal question whether you need to localize your game. The short answer is: yes. And the reason you want to do that is because localization enables you to penetrate foreign markets and attract international audiences.

Localizing your game means making it accessible for different players in foreign markets around the world, many of whom would not have considered playing your game – a game that they can’t understand, let alone relate to.

The history of video games is a vibrant one that witnessed its first boom of arcade video games in the 1970s and developed from multi-generational video game consoles to PC games and finally online and mobile video games.

In order to invest wisely in the mobile gaming market, it is pivotal to know that out of the 3.2 billion smartphone users around the world, 851 million of them are in China, 346 million are in India, and 260 million are in the United States1. Despite the international popularity of English, 76% of people in the biggest three markets for smartphones and apps do not speak English.

With gaming app localization, you can penetrate the biggest markets of mobile phone users regardless of their language of preference or culture. 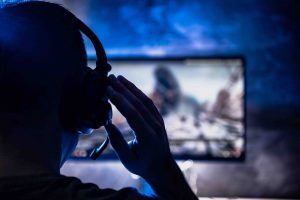 A Breakdown of Your Localization Journey

Third, you move on to localizing your app. Seeing that localization is more encompassing than translation, your localization experts should be aware of the cultural nuances of the target market as well as the nature of the gaming world. Bear in mind that translators may suggest changes to some aspects of your game in order to suit the market you are targeting and its culture.

Finally, test release the app for some players within your target market to evaluate your game and troubleshoot the experience. Make sure you encourage them to provide you with feedback that is as elaborate as possible for optimum end results.

Once you are done with the localization process, you can return to testing, marketing, releasing, bug fixing, and this load of fun stuff – but with a bigger, more diverse player base awaiting your game.

App localization, critical as it is, is neither simple nor cheap. But once you see the impact it has on your game’s market penetration and popularity among a wider, more diverse audience, you will be assured that your efforts were not in vain.

Want someone to take the gaming app localization load off your back?

Contact our team of language and gaming experts who are guaranteed to transform your game while maintaining its unique edge anywhere in the world.